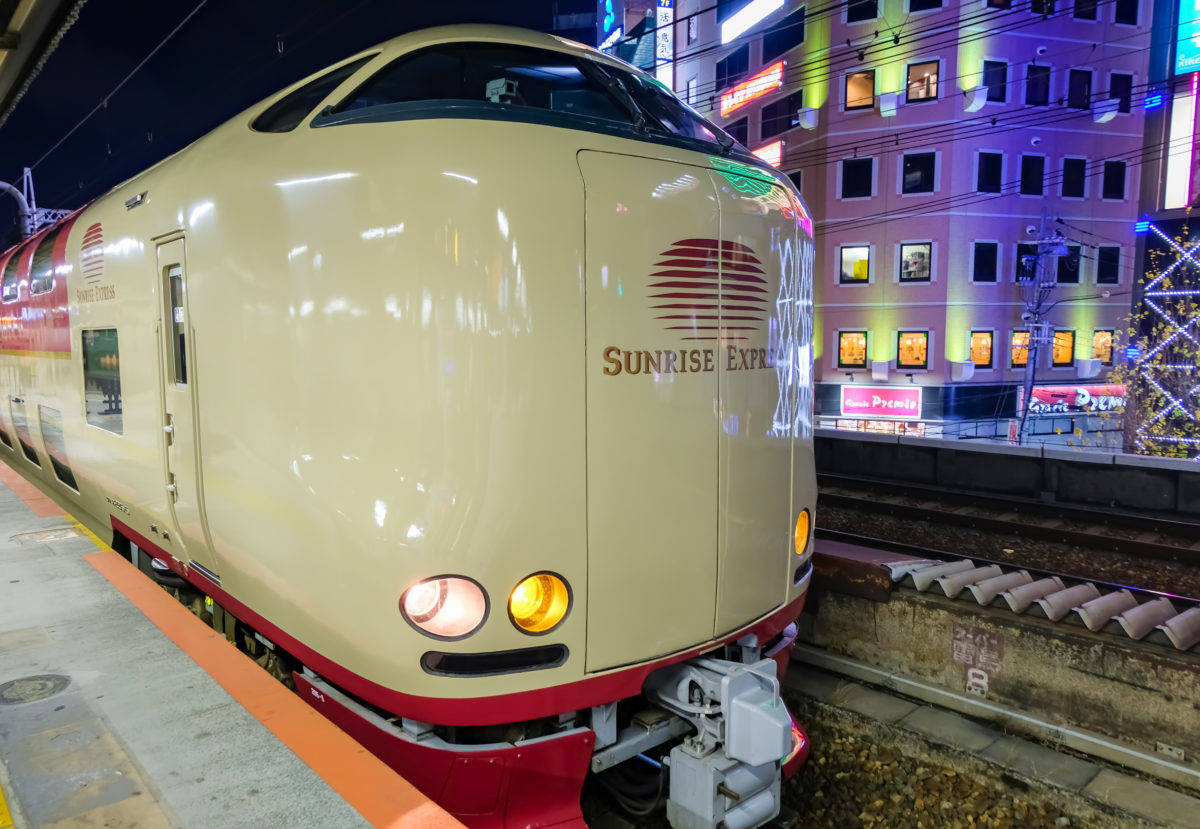 Traveling to Shimane & Tottori by the Sunrise Express which is the last sleeper train operating in japan. There is so much to see such as Izumo taisha, Matsue castle, Yushien, Mitoku-san, Tottor Sand Dunes and Hot springs.

Departure from Tokyo Station at PM10:00 by the Sunrise express
<Day2>

To visit Izumo Taisha, the oldest Shinto shrine in Japan

To Go to Matue-shi by the local train

To walk around and stay at Tamazukuri hot spring
<Day3>

To walk around and stay at Tamazukuri hot spring

Go Shimane by sleeper train after your work

Sleeping on the train in the night, arriving at Izumo, Shimane prefecture in the morning.

After arriving at Izumo-shi station, change to the local train “Ichibata Dentetsu” and get to Izumo 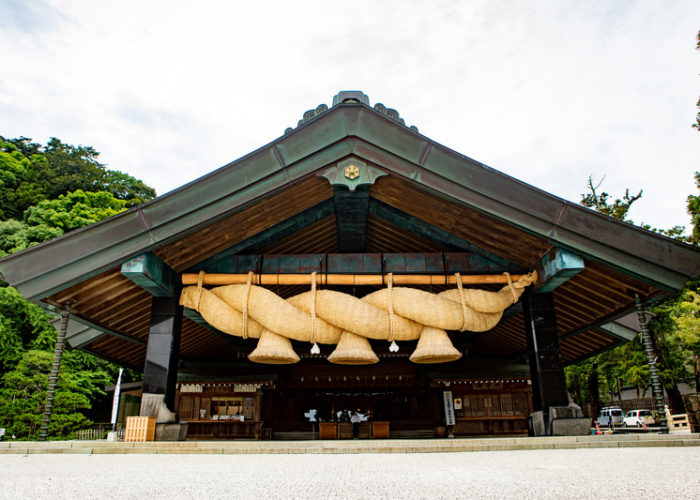 Izumo Taisha is located in the city of Izumo in Shimane prefecture. It is one of the oldest, most important and famous shrines in japan. If you visit the shrine, you will have great luck when it comes to your love life and personal relationships. This shrine has been worshipped since ancient times as the gathering place of many deities.
Data：Izumo Taisha
Address/ 〒699-0701 195 Kitsukihigashi, Taisha-cho, Izumo-shi, Shimane-ken
TEL/ 0853-53-3100

From Izumo Shrine to Inasa Beach
17min. by walk 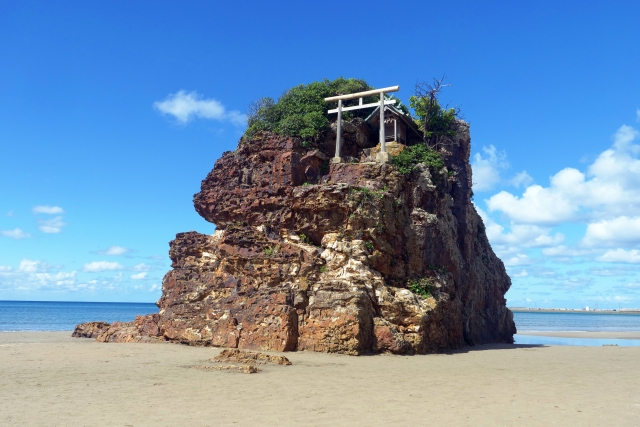 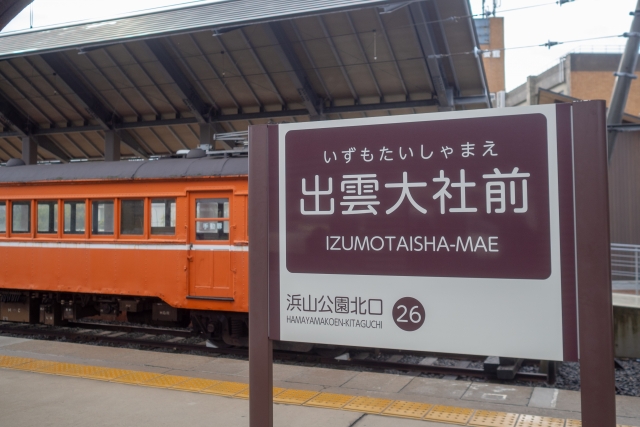 This is the 700M front approach to the entrance IzumoTaish. On this street, there are many shops such as restaurants and cafes which serve famous local food “Izumo Soba” or “Izumo Zenzai”, souvenir shops which sell local specialty goods. 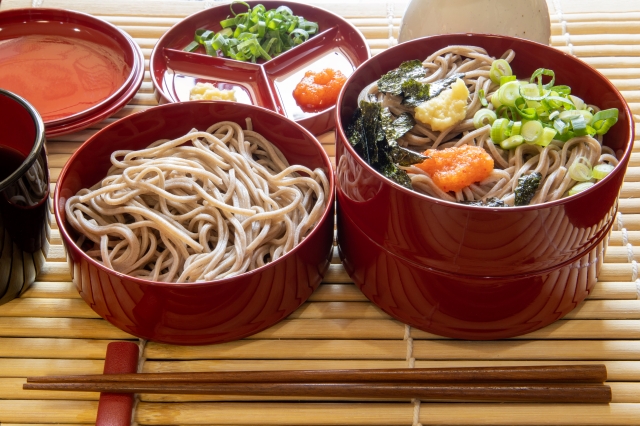 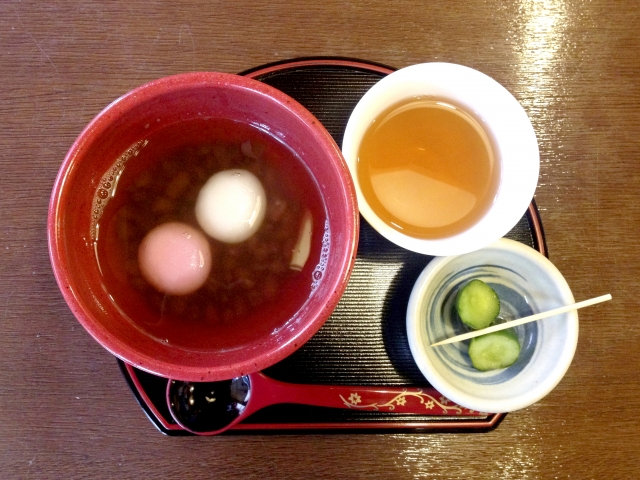 Izumo Soba & Izumo Zenzai
One of the features of Izumosoba is that it looks darker than ordinary soba.Cold soba is called Wariko soba. Warikoba is in a three-tiered red round bowl, and you pour soba soup into that bowl before eating.Warm soba is called Kamaage soba and is said to have originated around Izumo Taisha Shrine. As with Wariko soba, you can add soup and adjust the taste. How about “Zenzai” for dessert after a lunch? Izumo Zenzai is a zenzai that contains red and white rice cakes and mochi, and is said to make the bond between parents and children and couples happy. 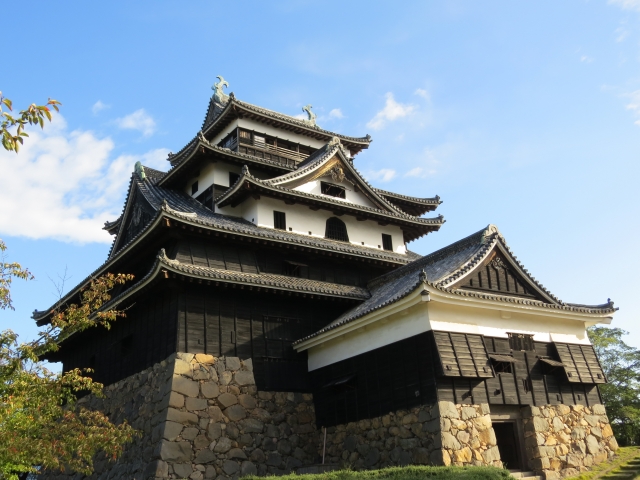 Matsue Castle was built in 1611, and its existing castle tower is one of the remaining 12 castles nationwide and is designated as a national treasure. The existing castle tower is a very valuable castle tower that was built in the Edo period or earlier and has been preserved to the present without breaking. You can enjoy to go sightseeing the castle and the town from the pleasure boat on the Horikawa moat that surrounds the castle, stroll around the samurai residences and souvenir shops , and eat matcha and Japanese sweets.
Data：Matsue Castle
Address/ 〒690-0887 1-5, Tono-machi, Matsue-City, Shimane-Prefecture
TEL/ 0852-21-4030

From Matsue Castle to the hotel
30 min. by train 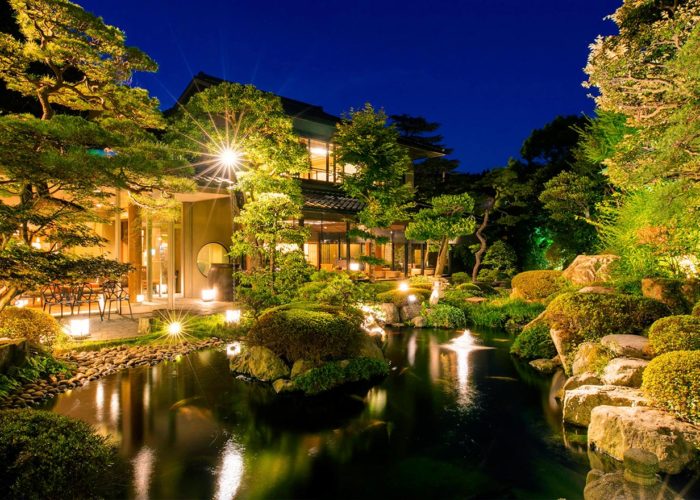 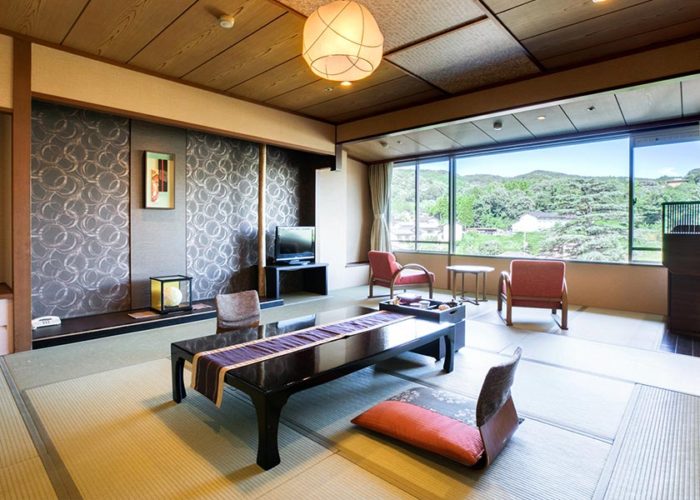 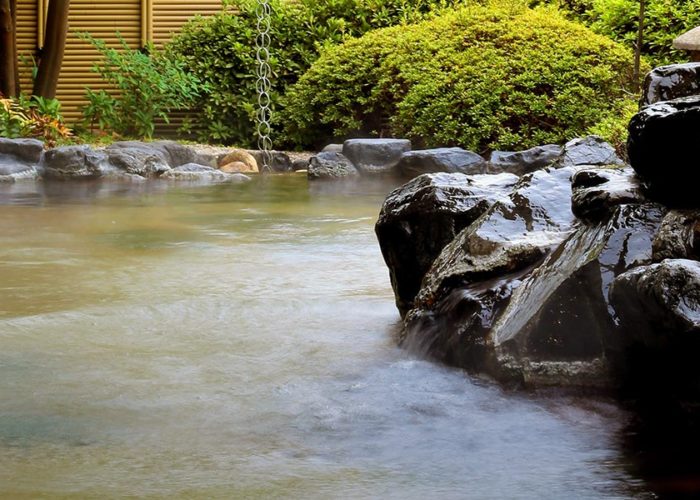 Minami is a pure Japanese-style inn that inherits the tradition of the long-established inn "Minamikan" on the shores of Lake Shinji, which has been in business for 130 years. There is a large public bath, an open-air bath with a view, and a casual hand bath and foot bath, so you can enjoy baths with different tastes. For meals, you can enjoy seafood from the Sea of Japan and seasonal ingredients for dinner, and more than 50 kinds of Japanese and Western treat buffets for breakfast.
Heal your tiredness at Tamatsukuri Onsen, a hot spring with beautiful skin that is known as the oldest hot spring in Japan and makes your skin moist and smooth.

Rent a car to the white wall warehouses in Kurayoshi, Tottori Prefecture

From the hotel to Kurayoshi
100 min. by car 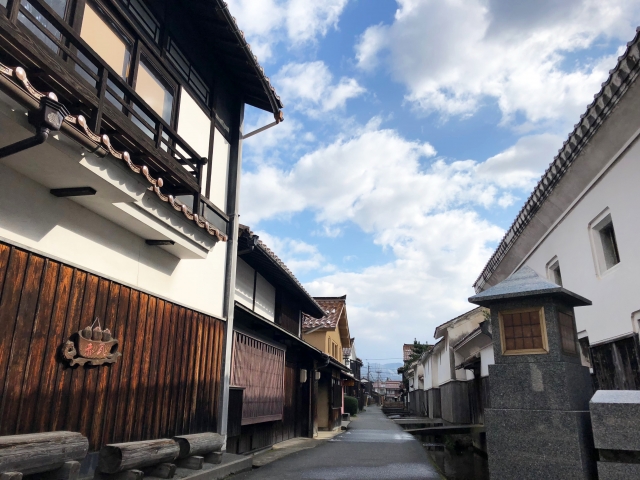 The Kurayoshi White Wall Warehouses prospered as a castle town during the Muromachi period and as a Jinya town during the Edo period. This area has been selected as an important traditional buildings preservation district of the country, and now it is an area where you can walk around the city with stores in townhouses and storehouses. Along the Tamagawa River, there are white wall warehouses and red roof tiles, so you can enjoy the atmosphere of a time trip.
Data：Kuayoshi Shirakabe Dozogun
Address/ Uomachi & Higashinakamachi & Nishinakamachi & Nishimachi（Along the Tama river）, Kurayoshi city
TEL/ 0858-22-1200（Kurayoshi Tourist Information）

From Kurayoshi to Mitokusan
30 min. by car 1 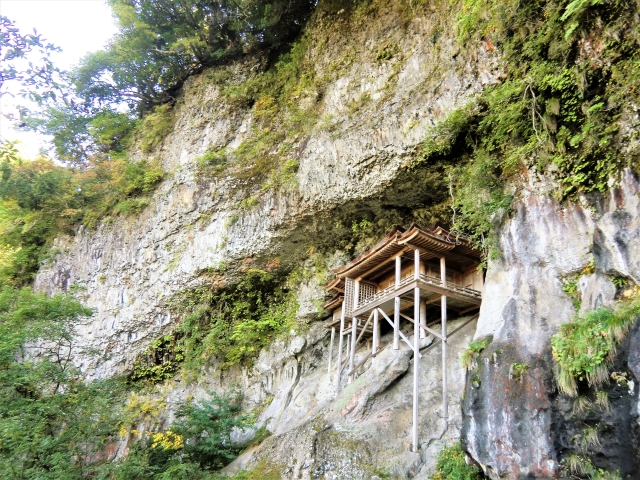 The throw-in hall is the deepest building of Sanbo-ji Temple in the mountains of Mt. Mitoku, and is a national treasure and a Japanese heritage site. Sanbo-ji is a temple built 1300 years ago for training in the mountains. Nageiredou is a hall built on a precipitous cliff and is said to be the most dangerous national treasure in Japan.
You cannot enter the temple, you can only worship and photograph the entrance hall from the end of the worship mountain trail. The spectacular view after a fairly steep climb is impressive, but if you don't have enough time for sightseeing, you can see the entrance hall far from the foot of the mountain.

From Mitokusan to the hotel
13 min. by car 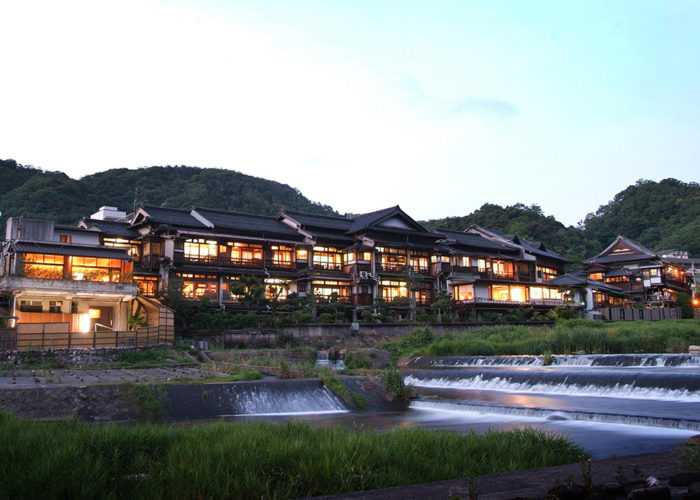 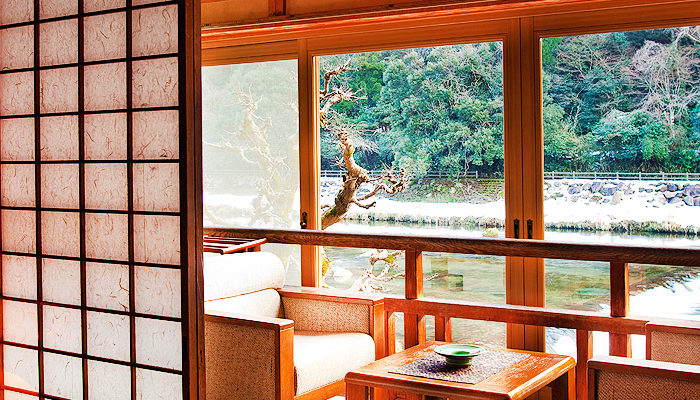 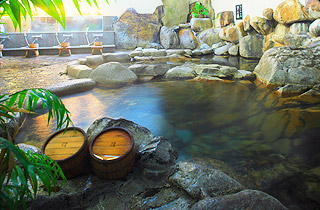 isasa Onsen is one of the world's leading radioactive springs containing high concentrations of radon, and has the effect of activating metabolism and enhancing immunity and natural healing power. Ryokan Ohashi is a beautiful Japanese-style inn that has been designated as a national tangible cultural property. The hot springs are completely free-flowing hot springs with their own source and fountain, and you can enjoy an open-air bath.
Data：Misasa Onsen Ryokan Ohashi
Address/ 〒682-0123 302-1, Misasa, Misasa-cho, Touhaku District, tottori
TEL/ 0858-43-0211

On the final day, head to the magnificent Tottori Sand Dunes!

From the hotel to Tottori Sand Dunes
60 min. by car

Sand dunes are hills made of wind-carried sand. It is a miracle hill created by sand and wind over many years. It shows a completely different view depending on the season and time, and you can feel the grandeur of nature.
The contrast between the unobstructed sandy land, the meaning of blue and the sky is very beautiful and moving.

From Tottori Sand dunes to the airport
15 min. by car

Return the rental car at Tottori Airport and fly to Haneda

The Adachi Museum of Art has a total of about 2,000 items in its collection, including modern Japanese paintings by Yokoyama Taikan and ceramics by Kitaoji Rosanjin, as well as a 50,000 square meter Japanese garden that has been consecutively selected as the best in Japan in garden running by the Journal of Japanese Gardening, an American magazine specializing in Japanese gardens.

Mizuki Shigeru Road was established in July 1993, and 177 bronze statues of yokai (monsters) line the 800-meter stretch from JR Sakaiminato Station to the Mizuki Shigeru Memorial Museum. At night, the nostalgic retro Showa-era streets are illuminated with shadow puppets of yokai and the bronze statues are lit up, creating a different atmosphere from the daytime.

Tottori Hanakairo, one of the largest flower parks in Japan, is a place where visitors can enjoy seasonal flowers in the midst of a view of Daisen, the pride of Tottori Prefecture. In the center of the 50-hectare site, there is a 21-meter high dome-shaped glass greenhouse where tropical and subtropical plants such as palm trees and orchids can be enjoyed all year round.

Lake Shinjiko is the seventh largest lake in Japan, with a circumference of about 45 km, and is especially beautiful at sunset, which is one of the 100 most beautiful sights in Japan. You can enjoy watching the sunset from a sightseeing boat on the lake. The "Shinjiko Shicchin" such as freshwater clam and white fish caught in Lake Shinji are famous as Matsue's representative delicacies.