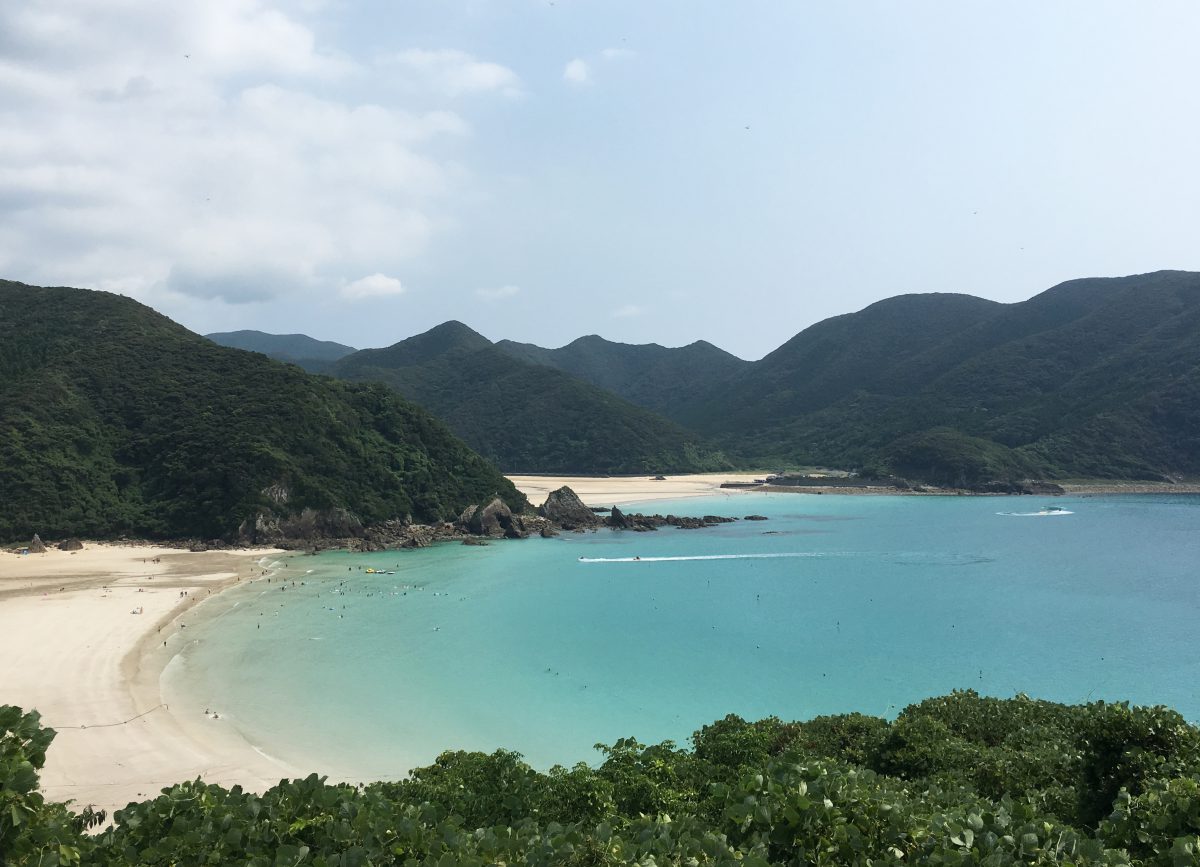 The Goto Islands consist of five main islands set atop the East China Sea. Fukue Island is the primary and largest island of the quintet, and a popular island that is both physically and mentally satisfying because there are many sightseeing spots and exquisite gourmet foods, even though it has a sense of seclusion.

Only 30 min. from Nagasaki!

What a lovely mountain shape!

Black coast from a volcano
<Day2>

A pure white church that shines in the blue sky

A lighthouse on a steep cliff at the end of the west!
<Day3>

A castle with three sides facing the sea

A stone wall with unique method

Enjoy the topography of Goto. The island's symbol "Onidake" and the lava coast.

Rent a car and head to Onidake. 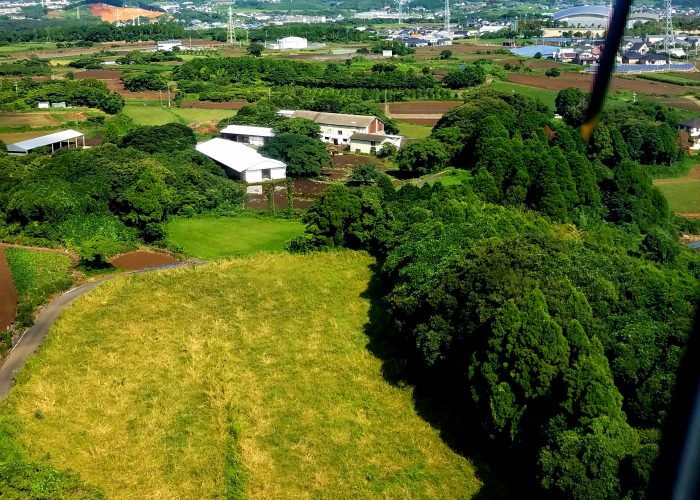 Fukue Airport, as known as Goto Tsubaki Airport, has a two-story with an observation deck on the roof. In addition to seeing Onidake, the symbol of Goto, you can also see the runway. There are flights to and from Nagasaki Airport and Fukuoka Airport
Data： Goto Fukue Airport
Address/2183 Kamiozucho, Goto, Nagasaki 〒853-0013
TEL/ 0959-72-5151

From the airport to Mt. Onidake
10min. by car 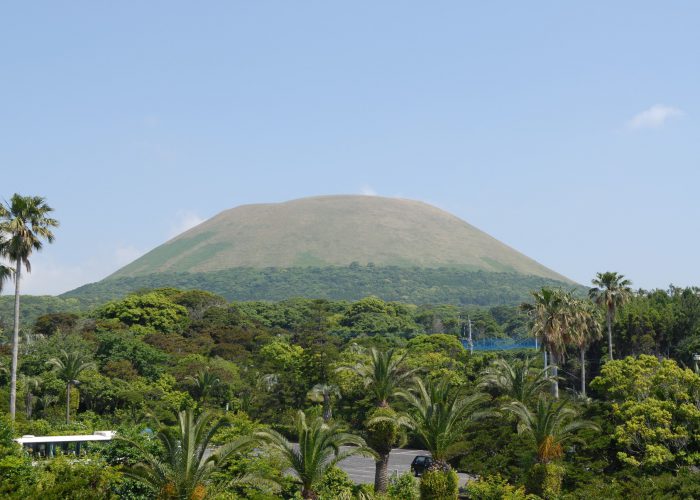 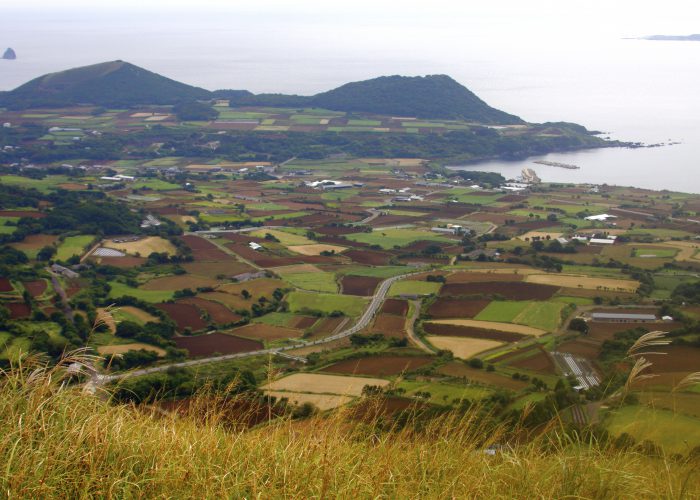 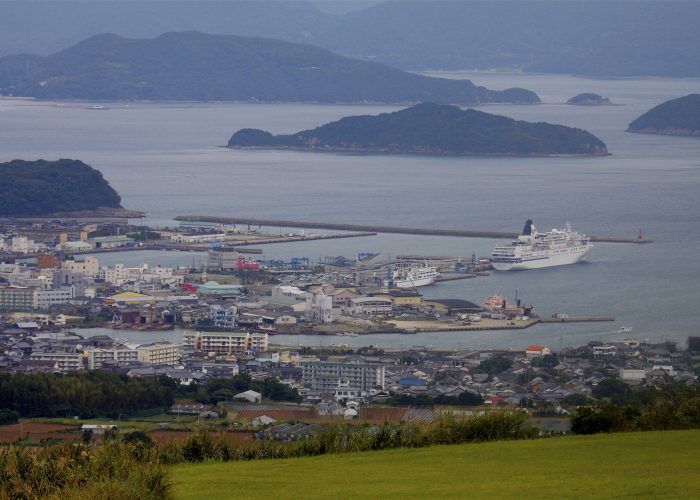 Mt. Onidake (height: 315m), is an unusual mountain covered with mountain grass instead of trees because the top is burned once every three years. It is the main sightseeing area for Fukue since guests can see the main business area of the city, the surrounding islands, and Fukue port.
Data：Mt. Onidake
Address/ Kamiozucho, Goto, Nagasaki〒853-0013

From the mountain to the coast
6min. by car

During the Onidake eruption, lava flowed into the sea and formed a complex coastline that is now covered in part by a subtropical forest. At the visitor’s center, guests can learn about the nature of the landscape, geology, animals, and plants of the Goto Islands.
Data：
Address/Nonokirecho, Goto, Nagasaki 〒853-0024
TEL/ 0959-73-6955 （Abunze visitor center） 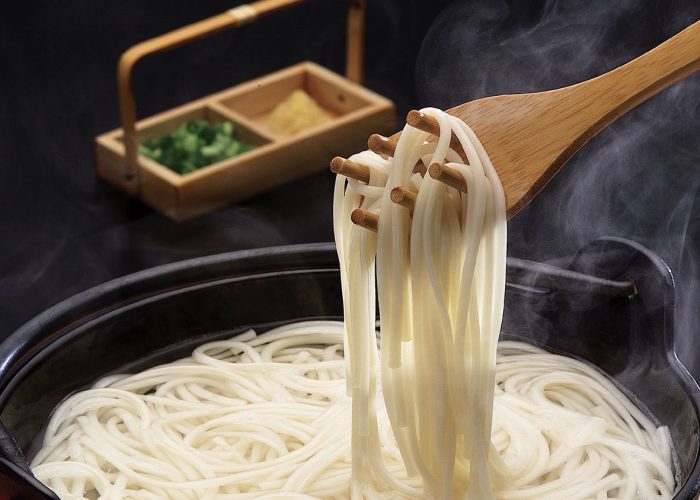 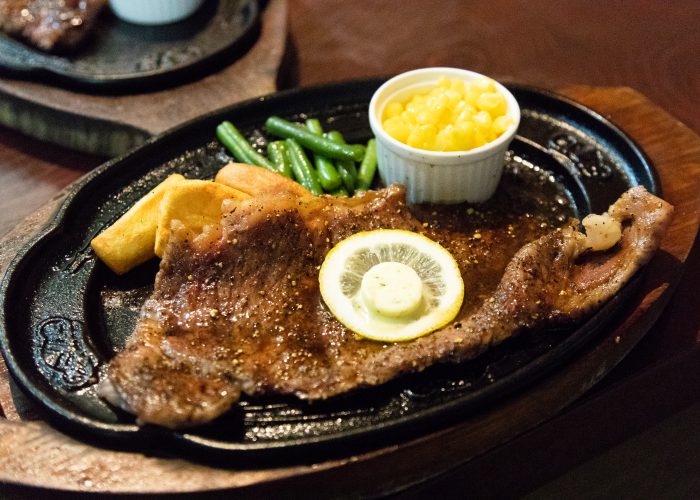 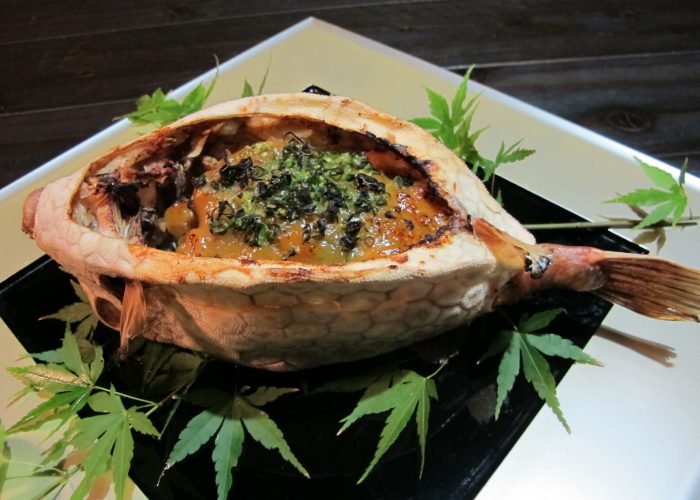 Gotō udon is a thin noodle with a strong texture and a unique texture due to the camellia oil kneaded into it. The soup stock is basically agodashi, a broth made from grilled flying fish. Goto beef is highly regarded for its tender meat, elasticity, taste and aroma. Most of the beef is eaten within the prefecture and does not reach the rest of Japan, so take the opportunity to eat it on your trip! Kattopo is one of Goto’s most popular fisherman’s meals.
Head to the hotel 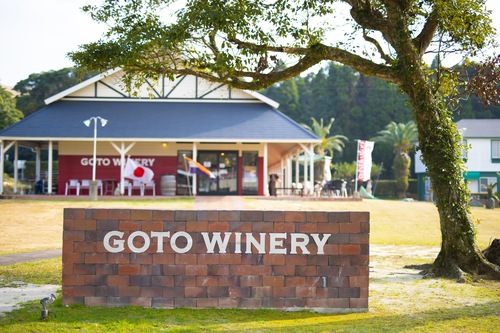 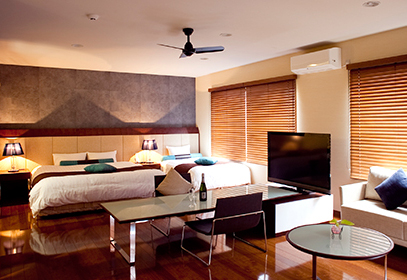 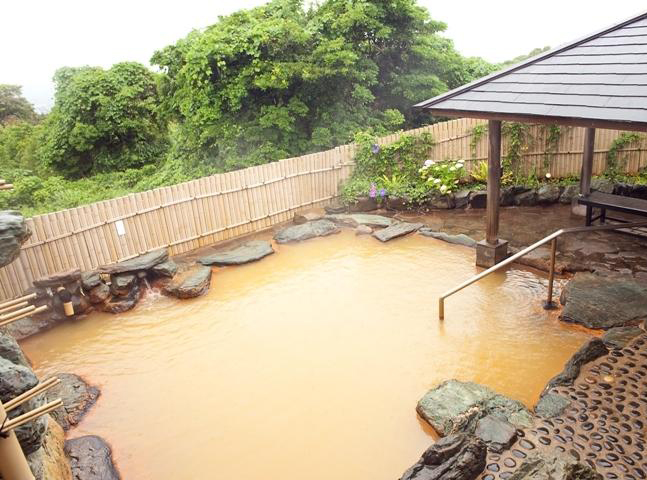 This is a place where one can take a break while experiencing the beauty of natural surroundings, and eating delicious foods. Play, eat and be healed. Please enjoy the high quality relaxation. Take a deep breath while surrounded by the beauty of Goto's seasons.
Data：Goto's Conkana Resort and Winery attractions
Address/24143 Kamiozucho, Goto, Nagasaki 〒853-0013
TEL/ 0959-72-1348

Visiting churches on this island where Christianity was preached in the 16th century. 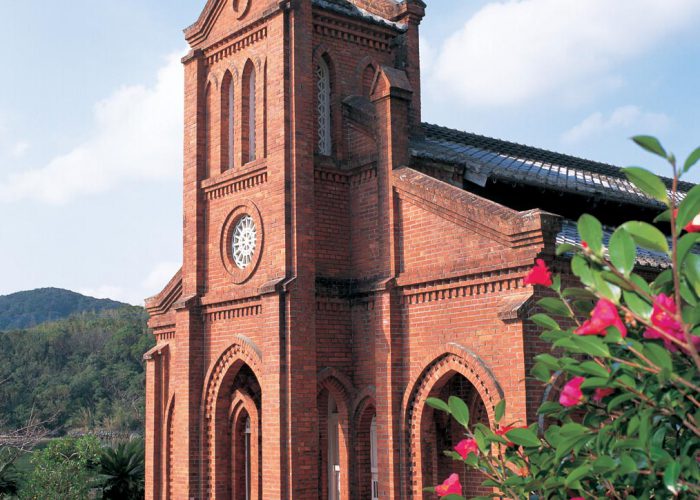 Dozaki church is a full-scale, redbrick, gothic-style church. The church is now a museum displaying many items relating to the history of Christianity in Goto. These include items which held significance for the Hidden Christians.
Data：Dozaki church
Address/2015 Okuuracho, Goto, Nagasaki 〒853-0053
TEL/ 0959-73-0705

Head to the another church.
27min. by car 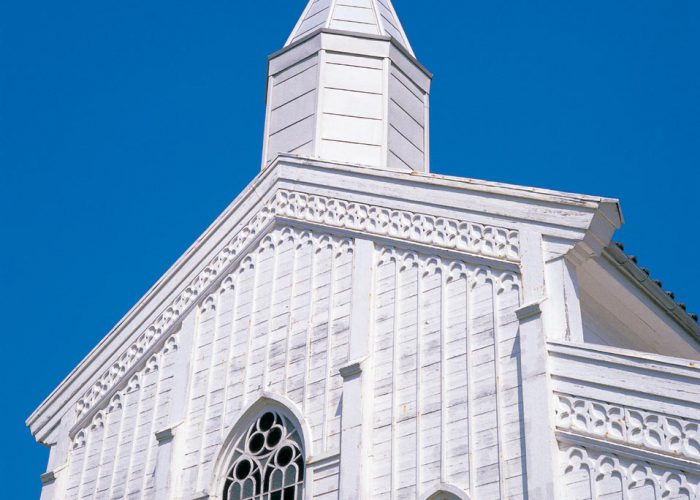 The original building was constructed in 1880, the present one was built in 1938. This church is a beautiful white-walled church with a mixture of Romanesque, Gothic and Japanese architecture. It is the largest wooden church and its appearance in the blue sky is very beautiful.
Data：Mizunoura church
Address/1643-1 Kishiku, Kishikumachi, Goto, Nagasaki 〒853-0701
TEL/ 0959-82-0103

Head to the gothic church
6min. by car 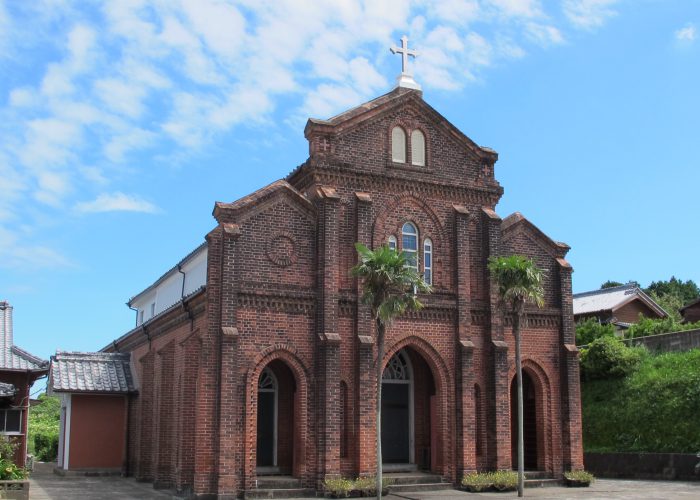 It is the second oldest existing church after the Dozaki church and constructed in 1912. The exterior is brick Gothic and the interior has rib vault ceilings. Hidden Christians lived and survived nearby.
Data：Kusuhara Church
Address/736-3 Kusuhara, Kishikumachi, Goto, Nagasaki 〒853-0703

From the church to the beach
15min. by car 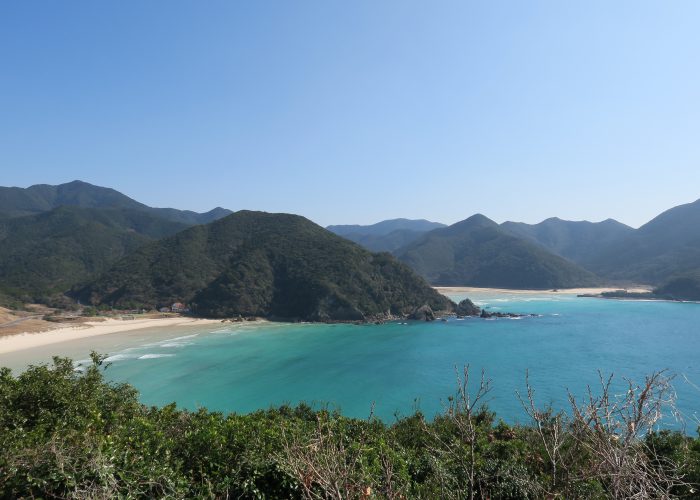 With its pristine, crystalline sand, Takahama Beach is a favorite among locals and tourists. Boasting some of the whitest sands and bluest waters of all Japan's beaches, Takahama Beach has been named one of Japan's top tourist attractions and beaches.
Data：Takahama
Address/Kaitsu, Miirakumachi, Goto, Nagasaki 〒853-0604

From the beach to the lighthouse
40min. by car

Formed by erosion from the harsh waves, Osezaki has become a natural beauty. The chalk lighthouse on the cliffs of Osezaki is one of the 50 lighthouses in Japan. With a viewing deck and a gazebo, you can enjoy the breathtaking ocean view and cliffs. You can also take a boat to see the cliffs from the ocean.
Data：Osezaki Lighthouse
Address/ Tamanoura, Tamanuramachi, Goto, Nagasaki 〒853-0411

From the lighthouse to Imochiura church
10min. by car 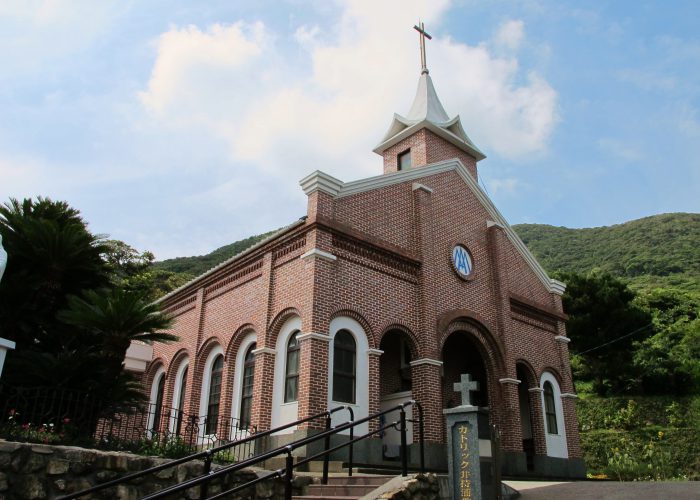 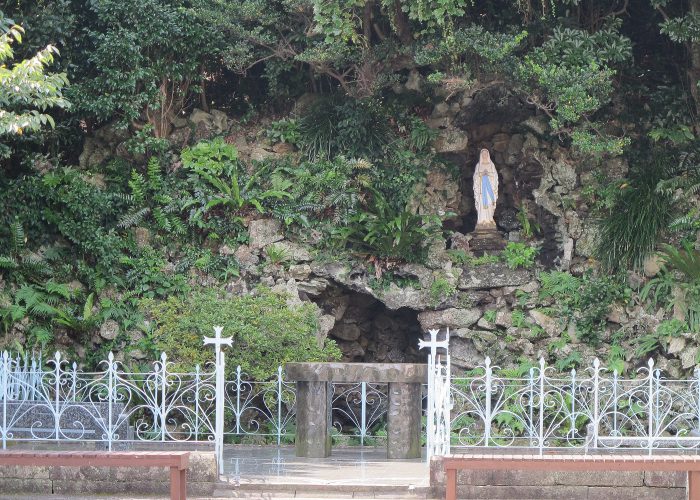 The brick church, built by the French Father Peru, was the first Romanesque style in Goto. The Lourdes is a cave built with rocks collected from various parts of Goto Islands. Besides the cave is a spring, into which holy water of Lourdes was poured.
Data：Imochiura church
Address/ 1243 Tamanura, TAmanouramachi, Goto, Nagasaki 〒853-0411
TEL/ 0879-82-5000

Back to the hotel
46min. by car

The history of the island can be seen from the cityscape. Let's take a walk like an expedition! 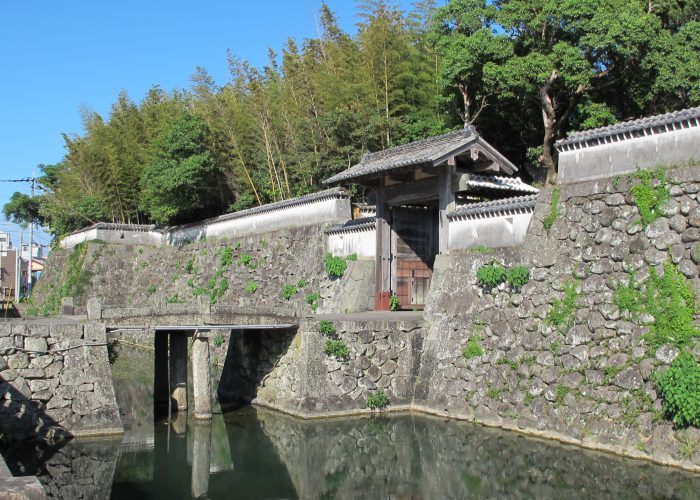 Fukue Castle, which is famous as the only sea castle with three sides facing the sea, is the last castle to be built as part of the castle system in Japan. The garden is unique because it uses Onidake lava for garden stones and artificial hills, and subtropical plants are arranged for planting
Data：Fukue Castle（Ishida Castle）
Address/1-2 Ikedamachi, Goto, Nagasaki 〒853-0007
TEL/ 0959-72-6111

Strolling around the castle.
5min. walk 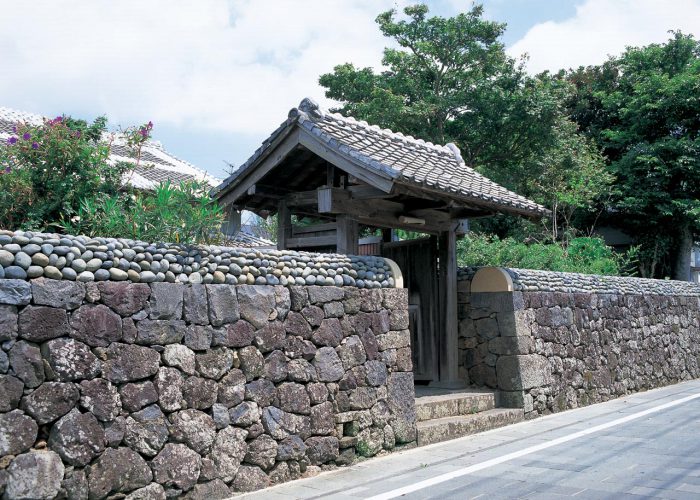 Street of the Samurai Quarter

Samurai houses line the street near the ruins of Fukue Castle. The stone walls of the moat next to the gate consist of round stones called "kobore-ishi," and there are semicircular stones at either end in a unique design not found elsewhere. Many of the gates are of a majestic "yakuimon" style.
Data：Street of the Samurai Quarter
Address/2 Bukeyashiki, Goto, Nagasaki 〒853-0017

From the Samurai street to the airport
8min. by car

Return to the car

From Fukue Airport to Nagasaki Airport

From Nagasaki Airport to Tokyo 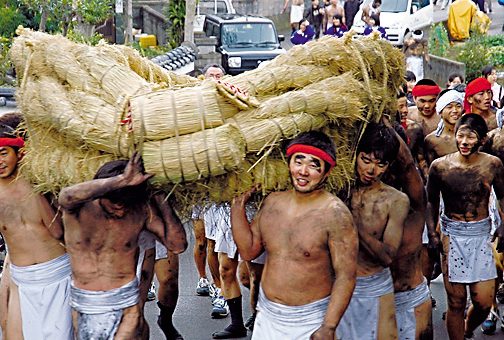 The Hetomato Festival is so unique and special. The highlight of the festival, where local men throw single girls onto a big mat in the shape of shoe. This is believed to bring happiness to the lucky ladies!

Camellia has been deeply involved in people's lives since ancient times in Goto. Not only you can enjoy varieties of camellia flowers, but you can also enjoy dishes and cosmetics that use camellia oil.

Fukue Port, the gateway to Goto City, has routes to Nagasaki, Fukuoka, Narushima, Hisakajima, Kamigoto, as well as Kabashima, Akashima, and Huangdao. Various events are held at Goto Port Park throughout the year.

Mizuika is the name of the Kyushu region of "Aori squid". It has the sweetest taste among squid and is very delicious. The thickly sliced sashimi is amazing, and try the sun-dried dried squid. The taste of squid is condensed tightly.